How ‘Make in India’ initiative is giving impetus to the High-Speed Rail project (Available in English, Hindi Marathi & Gujarati)

Recognised among the fastest-growing bilateral ties in the entire Asia region, the Indo-Japan partnership has come a long way. With both the countries now joining hands to introduce in India its first High-Speed Rail or the Bullet Train, the partnership is only set to strengthen further. The 508 km long Mumbai-Ahmedabad High Speed Rail Project will augment connectivity between 12 stations across the corridor. Their names being BKC (Mumbai)-Thane-Virar-Boisar-Vapi-Bilimora- Surat-Bharuch-Vadodara-Anand-Ahmedabad-Sabarmati. This partnership has also given impetus to another cause that’s close to India Inc.’s heart- that of giving boost to India’s economy through ‘Make in India’.

What is Make in India?

The Make in India initiative was launched by Prime Minister Narendra Modi in September 2014 as part of a wider set of nation-building initiatives. Devised to transform India into a global design and manufacturing hub, it quickly became a rallying cry for India’s innumerable stakeholders and partners and an invitation to potential partners and investors around the world. As a result, in a short span of time, the idea has helped drive investment, foster innovation, develop skills, protect Intellectual Property (IP) and build best-in-class manufacturing infrastructure within the country. The most striking indicator of progress is the unprecedented opening of key sectors – including railways, defence, insurance and medical devices – to substantially higher levels of Foreign Direct Investment. The initiative aims to lift the share of manufacturing in India's $2 trillion economy to 25 per cent and create 100 million jobs by 2022. More information on ‘Make in India’ can be accessed on www.makeinindia.com and Department for Industrial Policy and Promotion (DIPP) website, https://dipp.gov.in/

Role of ‘Make in India’ in MAHSR Project

As part of the agreement, through the Mumbai-Ahmedabad High Speed Rail (MAHSR) project, India will focus on promotion of its two key drivers: ‘Make in India’ & ‘Transfer of Technology’.
The amalgamation of Japan’s technology and India’s expertise in creating world-class parts can prove to be a boon for the project. As part of Transfer of Technology (ToT) aspect of the project, for the parts that are to be made in India, Japan will share their blueprints and methodology behind their creation with their Indian counterparts. Further then, India, under the ‘Make in India’ scheme, will then replicate and recreate these elements related to the project as per the terms of the plan.
It is through the promotion of these two drivers that India will set up manufacturing facilities in the country, generate new jobs, upgrade the skills of its existing workforce, give a boost to allied industries (steel, cement, electrical components & infrastructure etc.) and get a toehold on the new and upcoming technologies being used by Japan.

If we go by the numbers, it is estimated that the project can spur growth and create employment opportunities with up to 20,000 during the construction phase, 4,000 direct employment in maintenance & operations & another estimated 20,000 indirect jobs.
Not only this, the project is also expected to boost social development along the route. Moreover, the trickle-down effect of the project can be understood from the fact that by setting up production bases across the country, its effect will spill over and open avenues for creation of logistic hubs, modern townships, industrial units and much more.

How ‘Make in India’ is being implemented in the project

For the success of any project, discussion, collaboration, exchange of ideas and execution form a vital aspect. Since, the aim of the Mumbai Ahmedabad High Speed Rail (MAHSR) project is also to showcase India being at the forefront of technology and at par to build international standards of engineering and service, no stone is being left unturned to create an entire ecosystem of high performance through proper planning. Here’s looking at few key action points that have been taken so far under MAHSR project guidelines to meet the ‘Make in India’ objectives.

The discussion criterion that is being followed to further the ‘Make in India’ component of the agreement and promote collaboration between Indian & Japanese companies can divided into 3 broad categories:

By reaching out to construction companies, manufacturers and entrepreneurs across India and Japan through such workshops & meeting, the MAHSR project is facilitating a positive trade tie-ups between the two nations and opening up bigger horizons for technological advancement in India.

As per the joint agreement under Make in India, various components of HSR project are being planned to be added in the list. 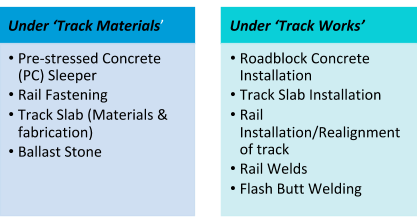 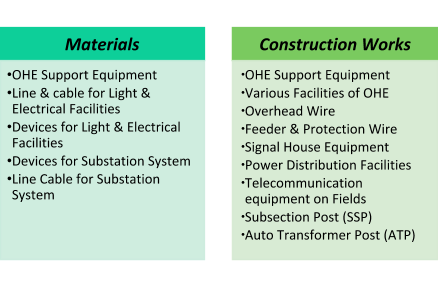 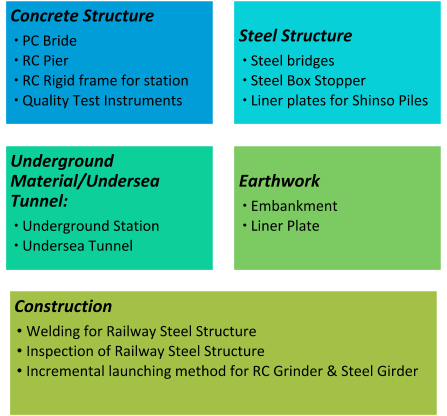 Besides these, there will be many more items in the list which will be made in India and used extensively during the making of India’s first High Speed Rail. Efforts are constantly being made to identify the need at this stage and align sources for the implementation of the same.  The details of which are extensively available on NHSRCL’s website.

Can ‘Make in India’ prove to be a win-win proposition for both India & Japan? 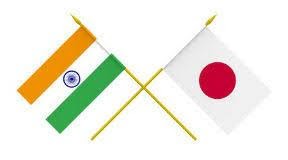 The project will certainly be a new feather in the cap of India Inc. For a growing nation like ours, years there can be no better news than a spurt of economic activities happening across sectors.  Japanese firms are welcome to set up partnerships, manufacturing bases in India. Indian firms should avail this opportunity for technical upgradation. They would also have access to the big and growing Indian Railways and Metro Railway market. Lower cost of production in India will make Japanese product cost competitive for exports to other countries. Along with the Japanese, India too stands to gain by assimilation of better technology, manufacturing and construction practices.
Thus, it is win-win proposition for both the countries!

For more information related to Make in India’ aspect of Bullet Train Project follow us on: nhsrcl.in