‘MAKE IN INDIA’ For Steel Bridges in MAHSR

Out of the total length of 508 km, a maximum stretch of the Mumbai Ahmedabad High-Speed Rail (MAHSR) will be covered by the viaduct, which excludes the 21 km long tunnel near Mumbai. The MAHSR alignment over viaduct (487km) will span over National Highways, Dedicated Fright Corridor Tracks (DFC), Indian Railways Tracks and rivers at many locations. Most of the viaduct is being made of concrete (PSC box, Girder). However, where the span requirement will be more than 60 meters, steel superstructures have been planned, as beyond a point PSC structures become heavy and steel superstructures are considered to be more viable and efficient.

In total, 28 steel bridges with individual spans varying from 60 meters to 130 meters will be constructed for the project. The length of all the steel bridges put together will be approximately 1km and their construction would involve more than 70,000 tons of steel fabrication. For this purpose, at initial stages, the steel super structure work was assigned to Japan Lead (JV) Companies. Since, that the job required construction of steel super structures bridges of high-quality standards, instead of giving the work to a domestic engineering or construction company, it was best suited to outsource the work to an experienced international player. But as the “Make in India” prospect took flight, NHSRCL took keen interest in the possibility of opening steel structure fabrication bid to indigenous Indian companies as well.

A high-power committee comprising of experts from both Indian and Japanese side, namely NHSRCL and JRTT, was formed in March, 2019. The main task of the Committee was to assess the capability of various Indian fabricators and ensure whether they can be entrusted with the said work. The Committee was also tasked with the responsibility of recommending the required improvements to the shortlisted fabricators so that their fabrication quality levelled with global HSR requirements. Over a span of next few months, the Committee visited various factories in India to assess their capabilities and interacted with some reputed fabricators regarding their infrastructure facility, quality control systems, the skills of their manpower and previous experience in Railway steel bridge fabrication. In addition to all this, the Committee also visited fabrication facilities of M/s IHI, M/s JMC in Japan in October 2019.

In general, it was observed by the Committee that the steel fabrication quality of Shinkansen Bridges in Japan were superior to the Railway bridges that were constructed here in India. It was believed by the Committee that manufacturing of state-of-the-art industrial goods such as steel bridges cannot be achieved only on the basis of the knowledge on how to make them but also requires the support of a highly-skilled human resource and a systematic human-training system. Since, a combination of systematic processes & deep skilled human resource has been a strong point of the Japanese industrial DNA for many years now, they had an edge and the required wherewithal to produce high-grade products with assured quality in comparison to their Indian counterparts. The Committee felt that India so far has been able to display its technical, construction & engineering prowess in this field through only a few large-scale projects like the Chenab River Bridge and the Bogiebeel Bridge in Assam.

The Indian companies may not have the same technical & engineering finesse of the Japanese but they pretty much make up for it in the learning, training & willingness to adapt. A few leading Indian companies have the infrastructural wherewithal required for fabrication of this level. With the help of Japanese counterpart, the technicians, engineers, construction workers will be exposed to high-quality learning, training, guidance & skill development standards required for HSR bridge construction & fabrication. Systematic inputs from Japan and other countries that have built HSR can further aid in enhancing the workflow systems and upgrade the workforce here to meet the set standards.

For this purpose alone, a robust, feasible and efficient framework has been stipulated in tender specification for the fabrication of these bridges. Many good practices followed in Japan have been incorporated in specifications and it has been made mandatory for the Indian fabricators involved in the work to engage at least one experienced international experts at each fabrication facility. This has been done to ensure proper maintenance of quality and skill development at every step of the process. Similarly, the certification system for fabricators and welders has also been stipulated.

Opening of steel fabrication to Indian companies will not only reduce the cost but will also give boost to the “Make in India” aspect of the business and as a result upgrade the standards of fabrication in the country. Enhanced skills of Indian technicians will further pave the way for “Make for World” and put Indian companies for fabrication of reliable, cost-effective & high quality products on the global map. 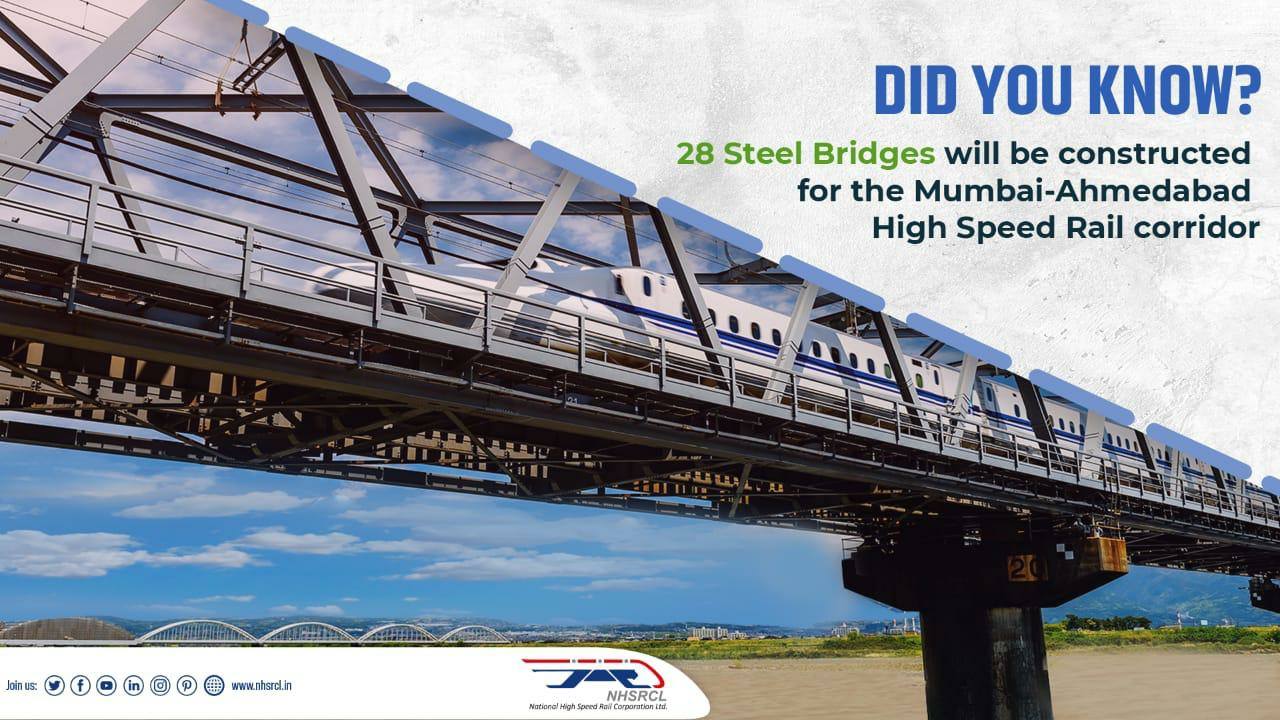